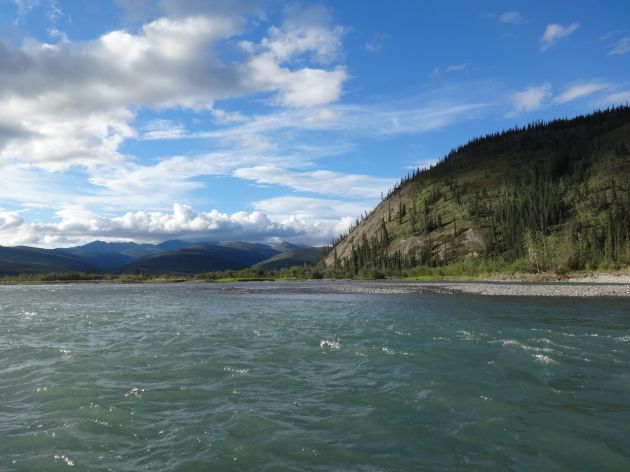 So, so lovely. The confluence spread wide and glittering blue under a north-facing bluff as we left a rainstorm and entered a valley full of sun. We climbed with the East Fork into the mountains and left the Main Stem behind as it skirted away to the south.

We left the map on Geoff’s GPS completely behind as we climbed into the mountains. 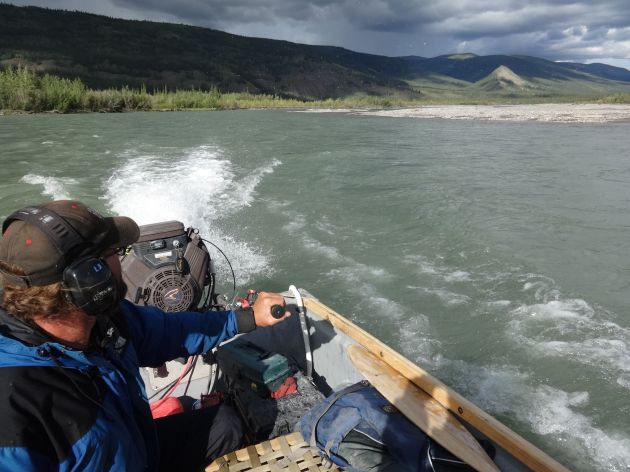 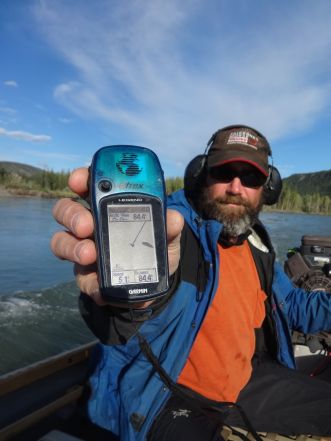 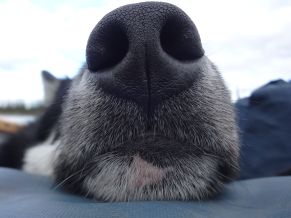 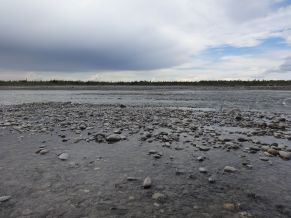 Today felt like climbing stairs. We would ascend a set of white rapids and then level off a bit, ascend and then level. Geoff encouraged me to take the helm and drive a little in the rapids. Lyra handled beautifully, but it took ages for my heart rate to normalize afterward. There was all this noise and pull at the tiller, and sometimes this dizzying illusion of descent as we climbed upward and the valley opened away, apparently below us. I felt light-headed and giddy and out of control, and I was more than glad to let Geoff take over after I’d proved to myself that I could guide us through the narrow channels between shoals and among the gnarly white pits that marked submerged boulders.

We’re in the canyon, camped on a beach cradled in the narrow shadow of the mountains. I took out the fishing pole for the first time tonight and cast into a pool in the river’s elbow. I saw a fish nosing at my hook, but it never bit.

A plane flew low between the black-spruce ridges as we set up our camp tonight. I checked the inReach reflexively to make sure we had not accidentally signaled for help. I do this every time we see a boat or a plane unexpectedly. I do not want to accidentally set off any alarms ever again.

Geoff says this is the most beautiful place we have camped all summer. He might be right. I loved the sprawling sandbars and beetle-green hills of the Tanana, but there is something about the way the sound of water is filling this dark valley with stars.