Woke up early this morning and busted a move. Potstickers and salmon at midnight tided us over until now.

The Chandalar is much colder than the Yukon. No more baths, alas! When we came out of Cutoff Slough, it felt like walking into a grocery store in an Arkansas summer: a sudden arctic blast.

The faster current is a little scary. I had to navigate some really shallow gravel bars and riffles as we left Venetie at dusk heading into the sun. It was definitely the toughest section of river I’ve driven yet. 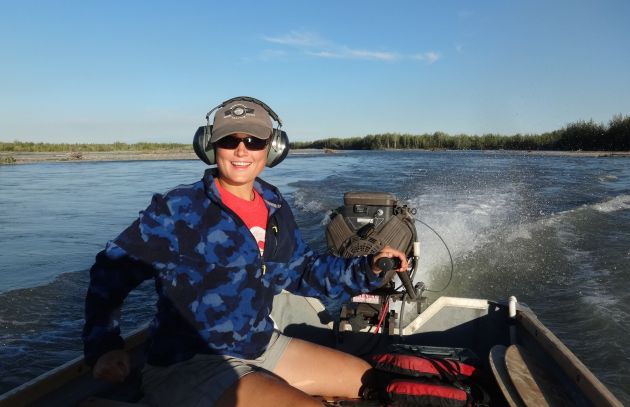 It was really lovely to see M. and get hugs from kids. Everyone was helpful and curious and welcoming. Sometimes I miss Venetie a lot.

Getting gas was a little tough. They don’t take cards. We worked it out after a few tries.

Surprise plane wreckage beside the river tonight. Not sure what to make of that. It’s only four miles from Venetie, but I’ve never heard of it. It’s filled with names and initials that I recognize, though, painted on or smudged into the dust and grime on the inside.
(Editor’s note: this plane crashed in 1997 after taking off from Venetie. No one was killed, though the wreck looks pretty terrifying) 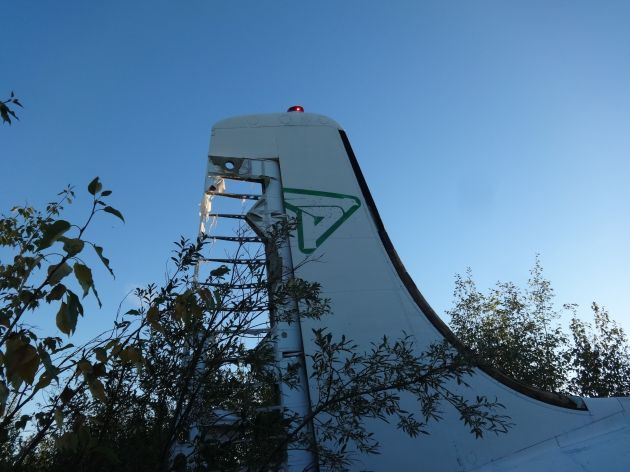 We had a harder time finding a camp than we have in the past. The shores are mostly cobble now, where before they were sand.

I’m nervous about navigating the canyon as we turn onto the East Fork, probably tomorrow night. We will be gaining a lot of elevation, and I’m not sure what to expect exactly. Everyone says we’re doing well to try this at high water, and that now is the highest it’s been all summer, so our chances are good, whatever that means. 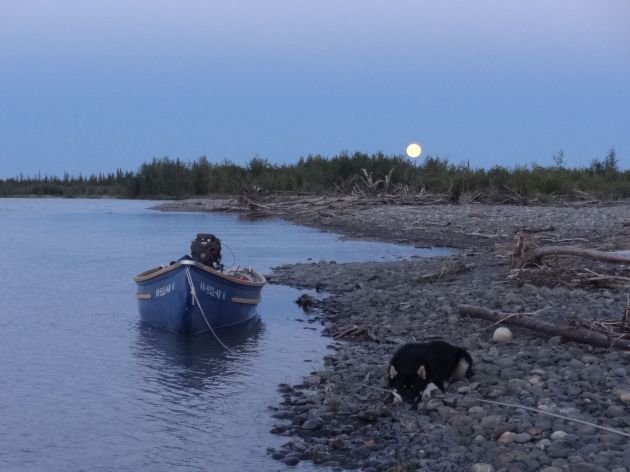