Like so many people, I am dazed by the events of this week. On Tuesday night I went to bed in tears, shocked and frightened by the outcome of the election. Trump’s campaign always felt like a prank to me, and now it feels like a prank that got out of control and set fire to the house with all of us trapped inside.

My fear stems from the following:

I’m trying to channel my anxiety into action. I’m reading endless articles and teaching my class with a renewed passion for civics. I am trying to cultivate a diversity of nuanced opinions among my students, who are usually, to their detriment, of one mind. I told the kids today, as I have been telling them for months, to bring me their voter cards when they turn eighteen and I’ll bake them each a cake to celebrate their power. I want the kids to know how the government works and how to influence it. I want to spend the next four years building up to a huge celebration of the centennial of women’s suffrage. I want to get my students informed about Standing Rock and the Dakota Access Pipeline and in contact with native kids, like them, whose environment and heritage may be threatened by oil development. I also want them to understand – really understand – the perspectives of people who don’t share their views, including those who wish to develop oil resources. I have never been so motivated to get my students writing clear, cogent, persuasive essays. We have such a long way to go, though. They are miles behind and not catching up quick.

But, after all, why bother with all of that? What is the value of wilderness? 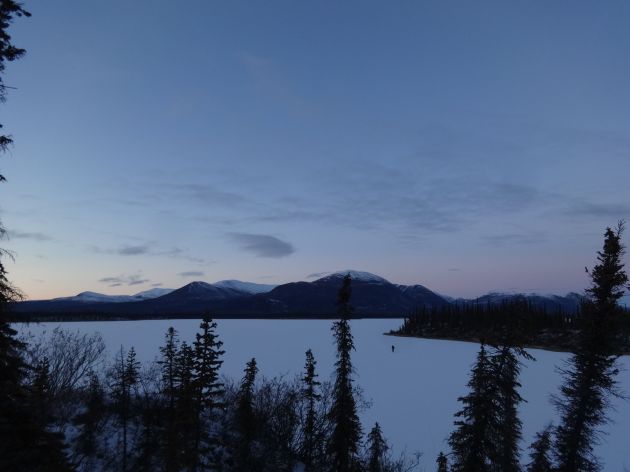 Wilderness is valuable for its power to make us feel small. We spend so much time in human-built environments, perfectly made to our scale, that we forget how we diminish in the presence of  mountains and tundra, how we disappear in the course of rivers that churn with mud and power. When I am out there, I am no greater than one of seven-billion ice-crystals lying under an unknowably deep and vast sky.

It is valuable for its beauty, if you believe that beauty has value.

It is empowering.
How does it feel to stand in a silent, snow-filled valley, hundreds of miles from anywhere?
It feels like hugging the sun.

It is valuable for its complexity. As Carl Sagan reminds us, “The beauty of a living thing is not the atoms that go into it, but the way those atoms are put together” (thank you, Symphony of Science). We have so much yet to learn from the systems that interconnect in wild places. It is not enough to take pictures and samples to fossilize in a lab somewhere: the complexity of nature demands space, time and variables that cannot be simulated or artificially preserved. By eliminating wilderness, we preclude the full expression of these complex systems and curtail our studies and potential scientific knowledge.

The variation – the biodiversity – that powers the miracle of evolution also powers the miracles of medicine and technology: we look to biology and ecology for answers to our most difficult human challenges, and, without wilderness, those answers have no place to live.

And what about this wilderness? The Arctic National Wildlife Refuge? What is its value, specifically? I try to be pragmatic, and I think I am. I can see my way all the way around most political issues. I can see what people who want to develop the resources in the 1002 area see. Economic growth is important. Jobs are important. Energy independence is important. But vast, untouched and untouchable wilderness is inherently valuable for its power to command our respect and awe. Arctic beauty is important, more so as it dwindles. Culture and caribou are important. Unique biological and ecological processes and systems are important. And the only difference that really matters between these things and those things is that these things are available nowhere else in the world.

If by cultivating economic growth, jobs, and energy independence we compromise the biodiversity and cultural diversity of the planet, we pay too high a price.

In other news, ahshii. It’s snowing.

8 thoughts on “Shook-up world: What is the value of wilderness?”